So, this is a very special production for me. For the first time  in my career, a record featuring only my compositions is being released. I have to thank the wonderful Jazzorchester Vorarlberg for giving me that chance and putting so much work in performing and recording my music.
I´m really satisfied with the musical performance and mix and master of the CD and would love to get some feedback from you. Please listen, there are over 2 years of work in that recording, from composition process to scoring and arranging, rehearsals, concerts, recording, mixing, editing, graphic design,…
CD RELEASE concerts will be April 21 at Theater Kosmos, Bregenz and April 22 at Porgy&Bess, Vienna.
Listen to 2 tracks on Soundcloud:

Hi everybody!
As 2013 is coming to an end, I finally enjoy some time at home in Vienna to do some studio and composing work again. The last two months were incredibely intensive and I toured a lot in Austria and Germany.
But now all my attention belongs to the “MORPHING” project I am doing with the fantastical Jazzorchester Vorarlberg. As I mentioned here before, I wrote 90 minutes of electroacoustival music for big band and live electronics. The program was premiered in 2012 and we subsequently played some shows. This summer we began recording the music and we had our last recording session in October. Right now I´m editing the audio material and adding electronics. In January I´m going to mix the files with my longtime fellow Werner Angerer and the album will be released in April. Although it´s still a long way to go, I´m already very happy with the recordings and the material I´ve got from the great musicians. Here´s the band, photoraphed by Rania Moslam:

Believe it or not – this will be the first album release featuring only my music and I´m really excited about finishing this record!

Another record I was working on in the last year was finally released: Valérie Sajdik´s “Les Nuits Blanches”. And here it is:

It´s been released on CD, Vinyl and Digital – listen on iTunes and buy/ order it at Valerie´s office: valerie@bertolini.cc , + 43 1 440 56 71
With 5/8erl in Ehr´n we´ve produced a live Vinyl, that will be released soon! You´ll be able to buy it at our online shop, along with our brandnew shopping bags!

Another thing: The unfamous ensemble nee. will play a live show again! Save the date: January 9th  2014 at brut – indispensable!Bye for now!

Finally, my composition “Morphing” will be performed in Vienna. The wonderful Jazzorchester Vorarlberg is coming to town, Mieze Medusa and Andreas Harrer will leave their caves and we´ll meet Sunday, March 3 at WUK Museum to play for you! Be there!
Good news: Our band 5/8erl in Ehr´n is nominated for the Austrian Amadeus Music Award for the second straight year! 2012 we won it, so this year we aim for “Back to Back” championship. Please vote for us! Be like Mike! Here´s MJ winning his 2nd title:

I´ve been to Cape Town and the Western Cape for a short “Winter Break”. 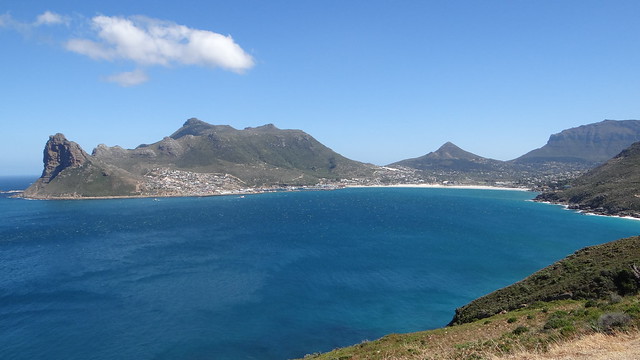 Back in Vienna, I immediately started working again. We rehearsed with JazzWerkstatt Wien New Ensemble, then played a Session Opener at Blue Tomato, before we went to Bern, Switzerland. We played at JazzWerkstatt Bern, a very nice festival and musicians collective and got very good reviews for our “show”. Here´s an article in German: http://www.derbund.ch/kultur/pop-und-jazz/Adrenalinschuebe-und-Voodoo/story/24555490
Have a look at my Dates page. Many gigs coming up in spring!

Another little project I was working on was “A Tusky Tale”. My fellow student at DUK “Music for Film & Media” Simon Osterhold asked me to help him composing music for a short animation movie. It was supposed to be a “chamber orchestra – ballroom style” soundtrack. Simon started out composing the head theme and I did the sorrowful middle part till the end. It was fun working together and although we didn´t have budget to record real musicians (we programmed everything) it came out really nice and sweet. Here´s the film: